Nowadays, anyone thinks a concert is not too difficult to create. Everyone thinks that if you have the capital and a few connections, then you can create the show. Currently, there are many new event promoters both in Thailand and International scene. 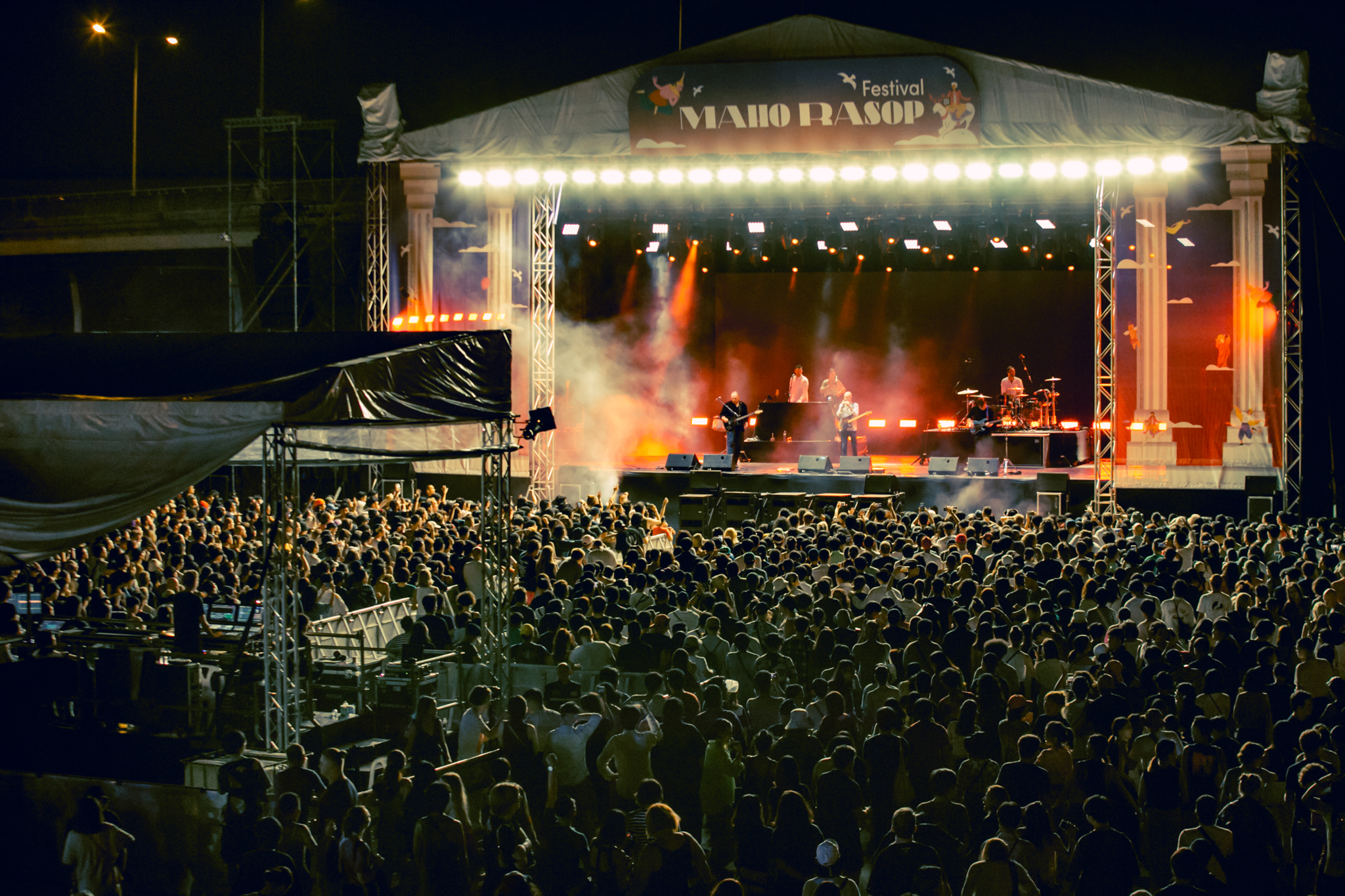 Since we have been one of the leading event promoters in Thailand, we want to share the so-called “lingos”, “jargons”, and “vocabs” in the event industry. This is for anyone who would like to understand the workings behind the stage.

‘Billing’ is not about invoicing or charging ‘bills’. In some cases, it means a ‘poster’ and an ‘ads’. For the entertainment industry, it is the ranking. For instance, in concerts ‘billing’ means the artist’s rank in the festival. Such as the ‘headliner’ or magnet band that people would like to watch the most. Headliners usually perform as the last show of an event (and the most spectacular show). ‘Sub-headliners’ that are the ones that are quite famous; usually go by the medium font in the poster. For those names at the end of the poster, they are called a ‘mid-tier’. These are the upcoming artists that the concert promoters see their potentials and would like to support.

‘Landed Offer’ are the offers for some artists that do not have agents or bargaining power. While they will receive an amount of budget for their show, the artist must manage all the travel costs by themselves. This is simply to reduce overall costs. 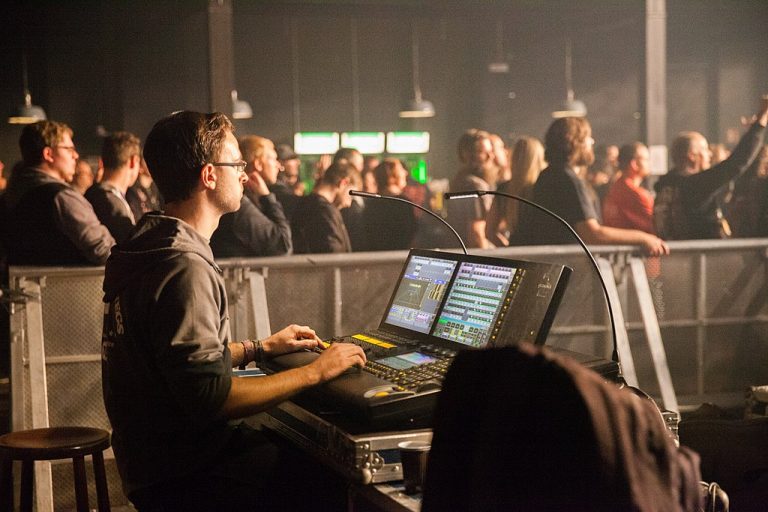 Let’s dig deep to some technical knowledge! One of the things that we see in every concert is a large tent setting across the stage. This zone is called ‘front of house’ (FOH). It is the heart of work of every show on that stage. Everyone will be gathered in this area. Especially the likes of sound engineers who control the overall music quality that everyone will hear at the event. There will also be ‘monitor engineers’ who are the sound mixer for what the artists will hear. They work as the mediators for musicians to convey their music properly. The visual designer/lighting designers who control the lights or visuals on the stage will be in this ‘front of house’ as well.

One of the indispensable things in each concert is the ‘rider’. It is the Bible from the artists who use to inform the event organiser what they want. The ‘rider’ is a list of musical instruments and audio equipment which the artists want to use. They will put all the relevant details such as brand, model, or even electric power. Some bands are astonishingly meticulous with these small details. This is why the ‘rider’ helps event organisers like us to provide what they need accurately.

Also, there is a part of ‘rider’ called the ‘stage plot’. This indicates the position of each member. Where will the guitarist stand? Where can the bassist walk around? or how many monitors or amps do you need? It is for the staff to design the stage or place items correctly as the artist wants. And, for all the equipment on the stage, these are called the ‘backline’. 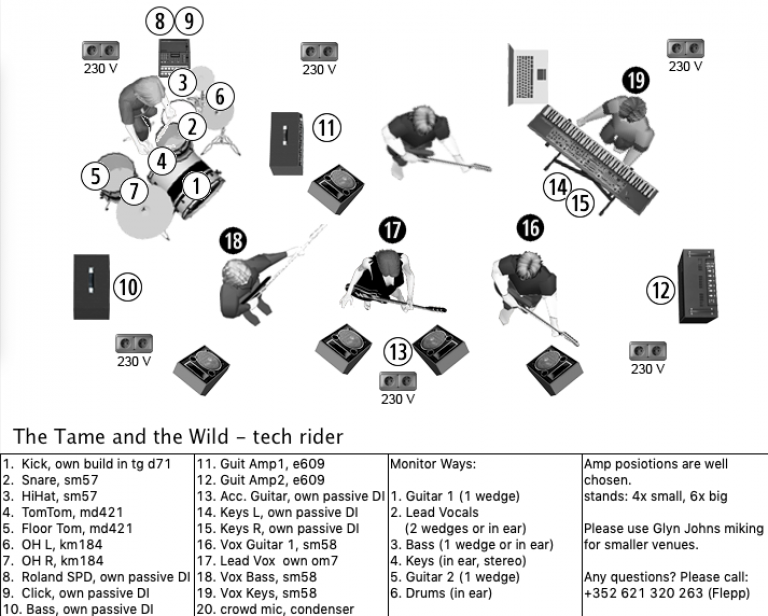 Moving on to the stage itself (which is equally chaotic on the event day). There are indispensable technicians who facilitate all the technical support for artists. From sound-checking, connecting various devices to the sound system, as well as solving specific problems that may occur on stage. After the live performance, these will be the caretakers of the band’s equipment, with a ‘stagehand’ who will help them carry the gears.

A riser is used to calling the podium which raises the artist or equipment to rise from the normal stage. If that has wheels, it is called a rolling riser which the staff team can use for changing musical instruments quickly. This helps reduce ‘changeover’; the time between changing bands on the same stage.

At some concerts, we will see a live screen beside the stage. This is called an OB camera (outside broadcasting camera). There are usually 2 or more cameras to switch between the shots. In some concerts, there are over 40 cameras around a stage, just like a football match. All of the OB cameras will be hooked up to the central system which will control all the footage from every camera to broadcast live on TV or on social media instantly.

Besides the ‘technical rider’ we have mentioned earlier. There is also a ‘hospitality rider’. In short, it’s a list of things that will help artists to feel comfortable before their shows. The classics are beers, wine, food, and snacks. Some artists may specify the brand and method of preparation in detail. There are also bands which go to different countries and want to eat local food. Sometimes we have received which items are impossible to bring, such as a jacuzzi or wanting 20 cats in the room.

Here’s an example from our show, Maho Rasop Festival, of the ‘hospitality rider’ in 2018. 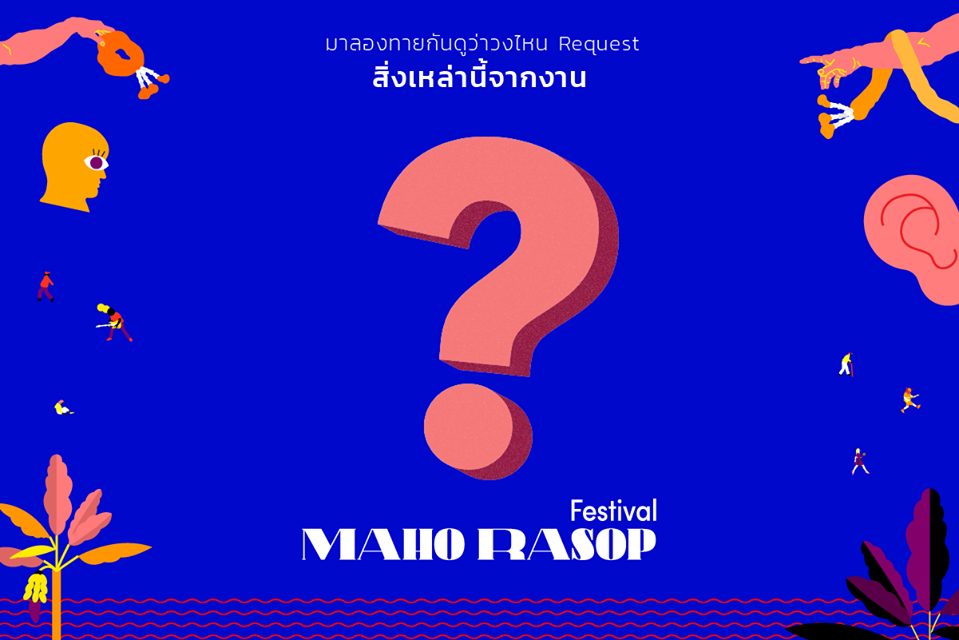 We will end this article with the vocabulary that is often overlooked. ‘Line-up’ is the list of all the artists that will come to this concert. This is not the same as the show table or the concert schedule which is called a ‘show schedule’. A ‘setlist’ is a list of songs that artists will play or have a special sequence to play, which will usually be set before the show starts.

And, that’s it! A few lingos which you need to know for working in the event organising industry.

Want to organise an event with us? Feel free to contact us at [email protected] for more details.